5 Things About Dog Adoption That Most People Don’t Know

Approximately 44 percent of all households have a dog with the percentage rising with each day. 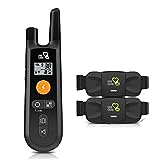 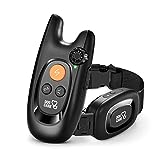 With so many pet families in this country, it’s mind-boggling that 3.3 million pets wind up in shelters every year. And that’s not even the most surprising statistic about pet adoption.

Here are five more things you may not know about American animal shelters:

Owners say goodbye to four-legged companions for various reasons, almost none of which have to do with their bloodline. If an owner passes away, for example, it doesn’t matter that her dogs were all purebred Vizslas. Purebreds, mixed-breeds and even highly-trained therapy dogs may still end up at an animal shelter. Dogs often find themselves in shelters because of situations out of their control.

This is why you’ll find a mixed bag of multi- and pure-breeds at most animal shelters. And if you’re looking for a specific breed, you may have even more options.

Not only do purebreds end up at municipal shelters, but there are also a slew of breed-specific animal rescue organizations that specialize in purebreds. From Afghan Hound Club of America Rescue to Yorkshire Terrier National Rescue, every breed has its own group of heroes. A simple internet search for your breed of choice plus the word “rescue” should provide you with all the links you’ll need.

In a March 2017 press release, the ASPCA announced that an estimated 3.2 million animals are adopted each year. This is up from 2.7 million adoptions in 2011. And the good news keeps getting better. As you might expect, more adoptions mean fewer pets euthanized. In fact, this release estimates that shelters euthanized 1 million fewer animals in 2016 compared with 2011. That’s 1 million lives spared. 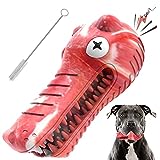 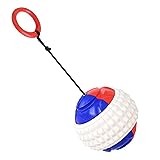 According to the ASPCA’s National Rehoming Survey, 47 percent of rehomed dogs are abandoned because of things like aggressive or problematic behaviors and health problems. But not all shelter pets have behavioral or health issues. 27 percent of pets needed rehoming because of family issues that had nothing to do with the animal.

Thirty-seven percent of rehomed pets went to a friend or family member while 36 percent landed in an animal shelter.

Now you have more information about pet adoption than your average Joe or Jane. If we all spread the word, maybe we can see even more dogs adopted from shelters in 2018. 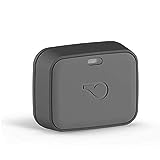 Hi readers, thanks for visiting my blog. I just wanted to introduce myself so that you can put a face to my blog. My name is Alice Sparkle, I have been a practicing veterinary nurse for the last 12 years and in my spare time I love looking after my dog Mercy. I recently took up blogging as a way to share some of my knowledge and educate dog lovers on how best to care for their precious animals.

I hope you enjoy my site and if you have any questions about caring for or looking after your dogs (Or other pets) then please feel free to get in touch with me - I love to help and I love to share my knowledge.